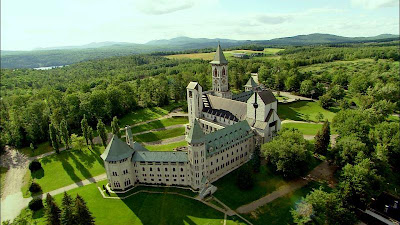 Saint-Benoît-du-Lac, Qué, Municipality, pop 47 (2001c), 53 (1996c), 57 (1991c), inc 1939, area 2.38 km2, is located on the shores of Lac Memphrémagog, 40 km southwest of SHERBROOKE. Its sole inhabitants are monks of the Congregation of St-Pierre de Solesme (France).
The community was founded by Dom Paul Vannier in 1912 when he acquired a farm at Point Gibraltar, a peninsula sloping down towards the lake. He and 3 other monks began farming and providing religious services. The sudden death of their founder in 1914 and the outbreak of WWI broke the links with their community in Europe. This nearly meant the collapse of the new foundation. Elevated to the rank of abbey in 1952, the community grew until 1955, when it numbered 79 members.
In 1939 the abbey began the construction of a more monumental monastery than the farmhouse they had occupied. The new monastery was designed by the well-known French Benedictine architect Dom Paul Bellot, and a hostelry designed by Dom Claude-Marie Côté was added in 1955. In 1994 a monumental new church, designed by the Montréal architect Daniel S. HANGANU, was inaugurated.
In addition to spending a large part of their time in meditation and prayer, and conducting elaborate liturgical services accompanied by Gregorian chant, the monks perform intellectual and manual labour. They also welcome visitors wishing to spend some time in a peaceful environment. Source 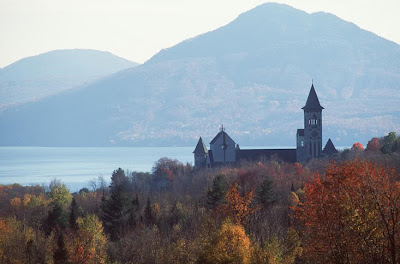 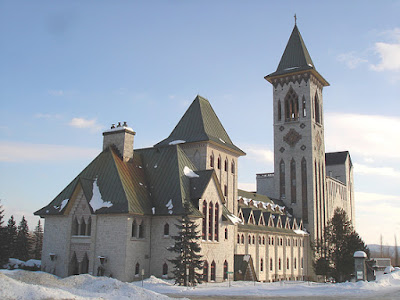 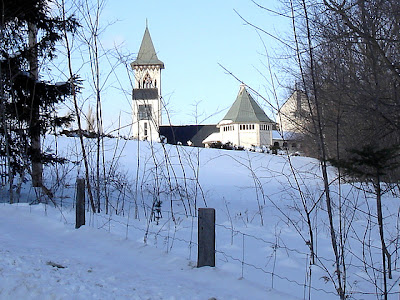 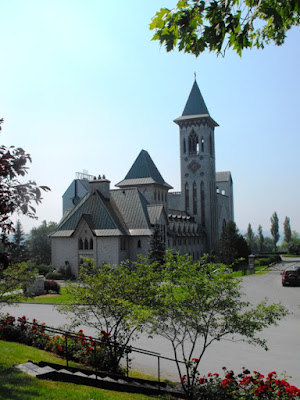 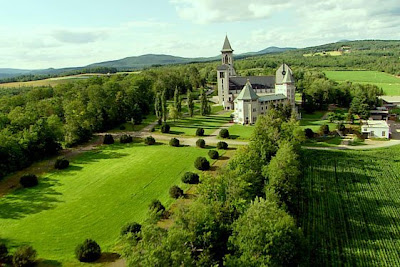 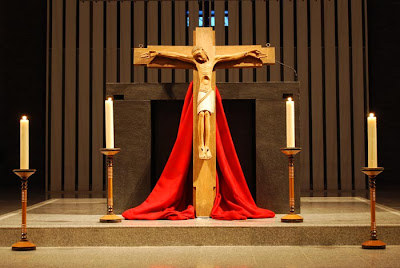 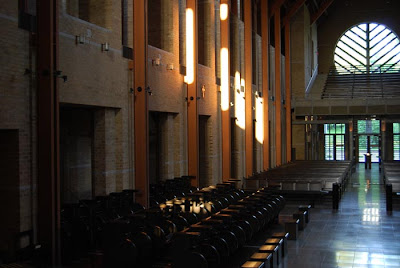 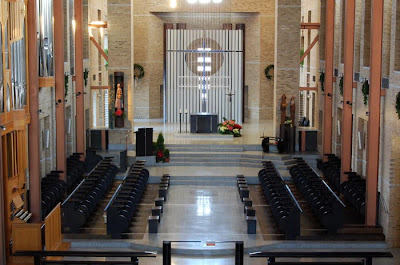 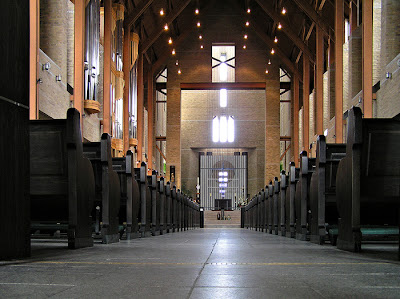 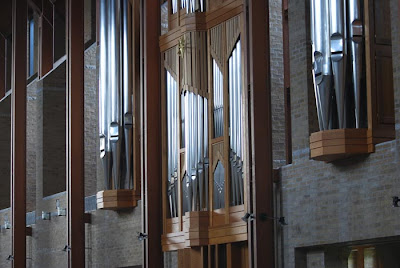 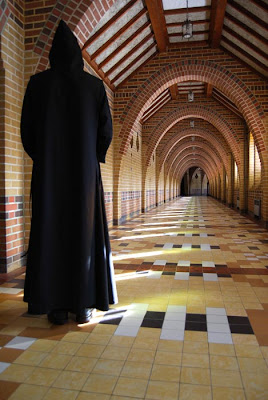 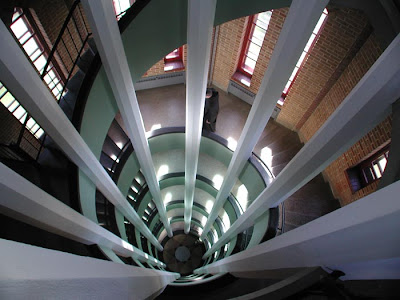 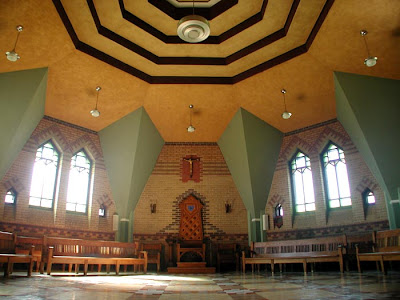 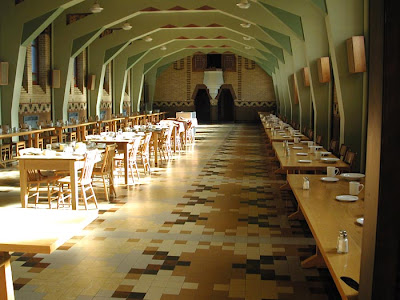 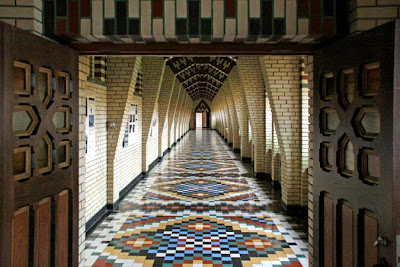 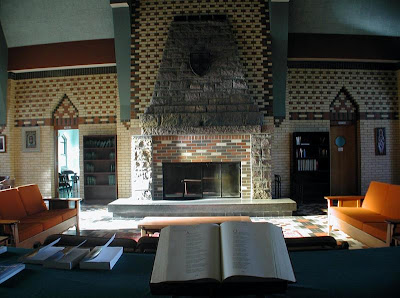 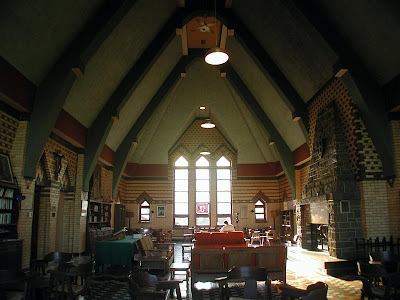 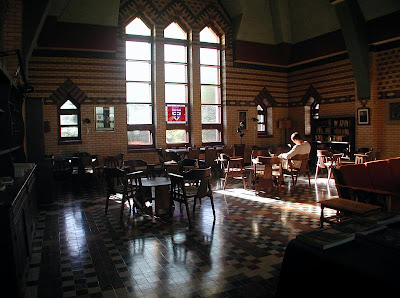 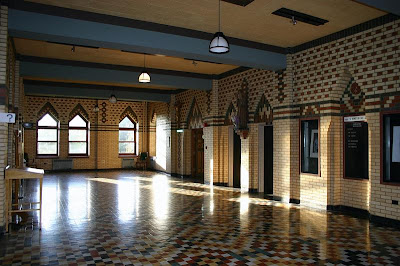 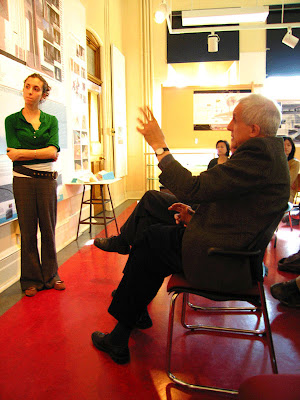 Dan Hanganu, CM (born 27 January 1939) is a Romanian-born Canadian architect. Based in Montreal, Quebec, he has designed a number of prominent Quebec buildings, including the new wing of the Pointe-à-Callière Museum, the HEC Montréal building, the concert Hall of Rimouski, the UQAM design school and several other mixed-use, commercial, residential and cultural buildings in Montreal, Europe and Asia. Hanganu has an impressive list of awards and publications to his credit including the Order of Canada, the Governor General's award and was also awarded the RAIC gold medal in 2008 for lifetime achievement.
The Royal Architectural Institute of Canada in its announcement that the recipient of the 2008 RAIC Gold Medal is Dan S. Hanganu, FIRAC stated that in choosing Mr. Hanganu, the Gold Medal Selection Committee noted:
"Dan successfully transcends the professional and academic worlds as well as having an extensive body of internationally published articles and project reviews. He understands the impact that architecture can have on people; his work successfully balances function and feeling in a very strong “straight-forward” way."
Mr. Hanganu completed a degree in architecture at the University of Bucharest in 1961, and arrived in Canada in 1970. He leads a diversified practice with projects ranging in scale from single-family houses to entire city blocks. Completed works include numerous housing projects of varying size and complexity, office buildings, hotels and resorts, multi-use complexes, institutional buildings, and several theatres. His wife Anca Hanganu is also an architect practising in Montreal. 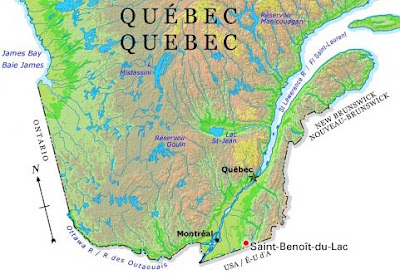