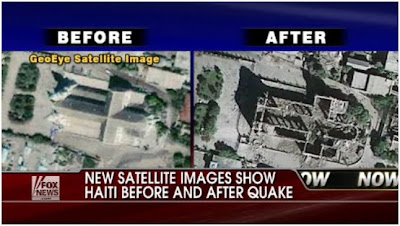 The National Cathedral was built in 1884. The entire roof collapsed. 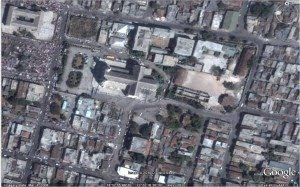 A portion of downtown Port-au-Prince, including the National Cathedral, on March 2008. (Image from Google Earth.) 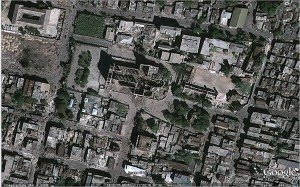 The same part of Port-au-Prince after the January 12, 2010, earthquake, which destroyed the Cathedral, among many other structures. The archbishop of Port-au-Prince is among the many who have died in the disaster. (Image from Google Earth.) 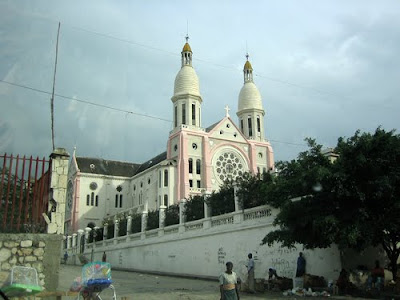 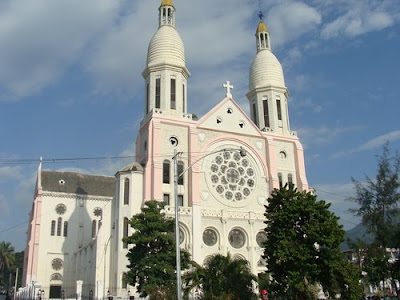 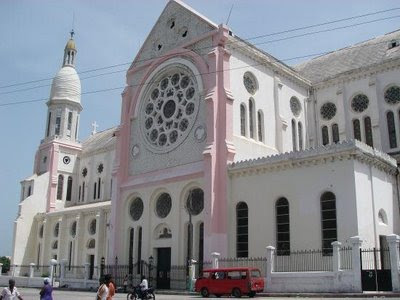